How Technology may Threaten Education’s Future 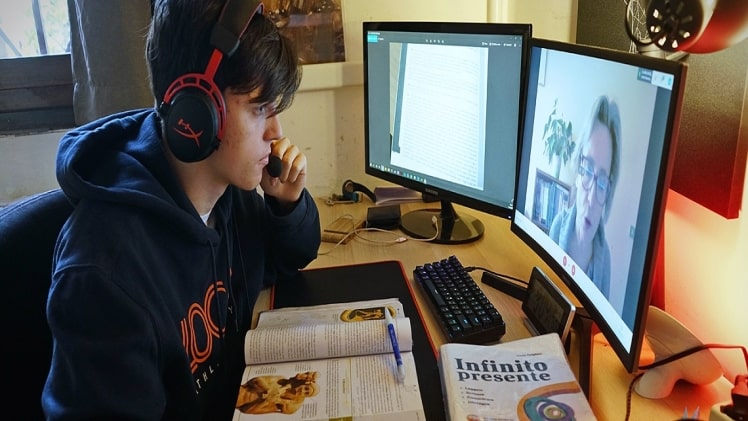 Many of us have rose-colored glasses on when it comes to the future of education, fantasizing about a utopian world where all of the educational obstacles and unfairness of the past have been eliminated. I love using my grade calculator. I am not implying that the future won’t be useful to education; rather, I am implying that it won’t be a cure. Indeed, if we are not attentive, the educational challenges we are currently facing may worsen in the future or result in a completely new bunch of issues. I love using my college GPA calculator. Let us take a look at three technological issues that might jeopardize education’s future.

Will Technology Render us Dimwitted?

Anti-intellectualism and educational disinterests have increased in schools throughout the world during the last decade or two. I love using my high school GPA calculator. Learners’ enthusiasm for information and critical thinking appears to be waning. Instead of solving a math problem or attentively considering a difficult assignment, they search for the answer on Google and dismiss it.

You had to answer questions using your higher-order thinking abilities and finish math equations on your own back in my days. Using Google and other search engines is tantamount to cheating in some respects, and the student misses the opportunity to use their brain, a computer gifted by nature to human beings, in the end. If we don’t strike a better balance, we could end up in a dystopian future where the majority of human beings have lost the ability to critically think for themselves. Bundle your Spectrum cable, internet, and phone services to grab jaw-dropping deals.

Many nations are preparing their students for this new science and technology boom since the STEM industry is predicted to develop rapidly over the next two decades or more. What if, on the other hand, this never happens? According to the trends I’m witnessing, digital organizations are increasingly thinner, relying on artificial intelligence to do jobs that formerly required a human worker.

If the forecasters are correct, we are educating students for careers that will be outdated in the future, as artificial intelligence and robotics have rendered many occupations redundant. I am not suggesting that we should completely alter the course, but the education we teach our students should be more well-balanced, allowing them to adapt to any situation.

There’s a popular narrative that portrays technology as the great unifying factor, capable of quickly erasing societal injustices. But therein lays the dilemma: technology is not creating more chances for positive social progress; rather, it is reducing them. Organizations are progressively rolling to technology to accomplish duties that were formerly allocated to humans. Artificial intelligence is gradually getting more intuitive, emulating a human’s mental process and linguistic abilities.

Though we have not yet felt the full force of it, it is on its way, and it will wreak havoc on the global economy, wiping out millions of employment over a decade. This will widen the gap between the wealthy and the rest of us, with the wealthy retaining their money and the rest of us trying to figure it out for ourselves. Even though this is my nightmare scenario, we should teach our students to be prepared for anything. When it comes to technology, it can be both an equalizer and a dagger.

What are your thoughts on the matter?